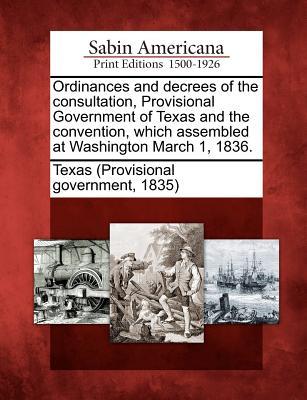 Ordinances and Decrees of the Consultation, Provisional Government of Texas and the Convention, Which Assembled at Washington March 1, 1836.